Ivan Franco Capelli (born in Milan, May 24, 1963) is an Italian former Formula One driver. He participated in 98 Grands Prix, debuting on October 6, 1985. He achieved 3 podiums, and scored a total of 31 championship points.

Today he is an F1 commentator on the Italian TV station Rai Uno. He should not be confused with Brazilian journalist with same name, author of Blog do Capelli.

Capelli began his career as a kart driver when he was 15 years old, and after four years he moved to the Italian Formula Three Championship.

In 1983 he became Italian Formula Three champion, after dominating the series with 9 victories. After that he moved with the Coloni team to the European Formula Three Championship, and here he was the champion again in 1984.

In 1985 he graduated to the European Formula 3000 Championship with a Genoa Racing March-Cosworth and won one race. The same year he debuted in Formula 1, driving a Tyrrell, and finishing a tremendous 4th in Australia. Despite this outstanding result, he was not picked up for a full time F1 drive in 1986.

Instead, he contested the 1986 Formula 3000 Championship, still with Genoa Racing, and also raced a BMW in the European Touring Car Championship. He also raced a couple of times in F1 with the AGS team. Meanwhile, Cesare Garibaldi, the boss of Genoa Racing, was working with Robin Herd of March to create a new F1 team - with Capelli as a core component in their plans. By now, Capelli and Garibaldi had an almost father-son relationship. 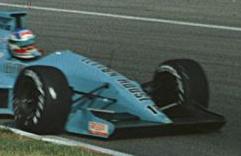 For 1987 Capelli was F1 full-time with the March team, led by Garibaldi and running Herd's new chassis with a Cosworth V8 normally-aspirated engine. Capelli also continued with BMW touring cars for the Schnitzer team, as the March budget was tight (so tight in fact that they raced at the Belgian Grand Prix with a detuned 3.3 litre sports car engine rather than the full 3.5l F1 unit), and the Schnitzer team had works status with BMW, allowing him to be on the German company's payroll. Capelli scored the F1 team's first point with 6th at the Monaco Grand Prix and March's return to F1 was generally seen as competent, professional and promising for the future. On to 1988, and Capelli had a new weapon at his disposal, a new March chassis designed by Adrian Newey - latter to find fame as designer at Williams and McLaren - allied to the Judd V8 engine (derived from the Brabham-Honda CART engine and the Judd/Honda F3000 unit). March had hoped to be the favoured development partner for this engine but found themselves sharing it with Williams and Ligier, both of whom had lost their engine deals. Capelli was also joined in the team by British F3 Champion, Brazilian Maurício Gugelmin. Together, they made a strong team, and March was the revelation of the year. Capelli was outstanding, driving brilliantly in particular in Britain, Belgium, Portugal and Japan. At Estoril he scored his first podium with a second place behind Alain Prost's McLaren and at Suzuka he made a piece of history by being the driver of the only naturally-aspirated car to lead a Grand Prix in a season of turbo dominance. The future seemed bright for Capelli and March.

Sadly, the momentum was not maintained. March were in financial problems and erstwhile sponsor, Leyton House, acquired a controlling interest in the team. Although Gugelmin finished 3rd in his home race at Jacarepaguá in 1989, this was done in the 1988 car. The definitive 1989 Leyton House March was a disappointment, and neither driver troubled the leading cars for the rest of the year. However, the team spirit remained intact despite the death of Garibaldi in a car crash. 1990 started off little better. Newey's new car (given the prefix CG in honour of Garibaldi) had excellent aerodynamics but was intolerant of bumps. Things were so bad that on the notoriously bumpy Mexico City track neither driver could make the car work and both failed to qualify. But then, in one of the most amazing turnarounds in F1 history, at Paul Ricard in France at the very next race, Capelli led Gugelmin in a Leyton House 1-2 deep into the race. Sadly, Gugelmin retired and Capelli was overtaken close to the end by Prost, but a 2nd place was nothing short of miraculous. Revisions to the car had made it more competitive (ironically Newey was sacked shortly before the French race), but in truth it was the billiard table-smooth track which allowed Capelli to show his talent again. Despite some promising showings at Silverstone and Hockenheim, the remainder of the year was unfulfilling. 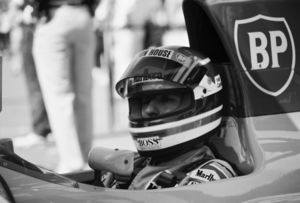 Capelli in the cockpit of his Leyton House for the 1991 United States Grand Prix.

In 1991, Leyton House was responsible not only for chassis development but also bankrolled the ambitious Ilmor V10 engine programme. With so many new ingredients, results were again thin on the ground although Capelli often qualified and raced well. When Leyton House's owner Akira Akagi was arrested in connection with the Fuji Bank fraud, the team was in a precarious state. Fortunately Capelli had signed for Scuderia Ferrari for the '92 season, so he voluntarily stepped down, allowing pay driver Karl Wendlinger to finish the season. As a mark of the man and his loyalty, he personally paid to attend the races he missed to offer support to the team and advice to his rookie substitute.

In 1992, Capelli's plans were laced with hope of a crowning glory. Arguably he had been too loyal to March and Leyton House, choosing to remain with them and their family atmosphere despite offers from more established teams and the inconsistent equipment he was receiving. Finally, however, he had made the break, and had signed for a top team, an Italian driving a Ferrari. The Scuderia had gone through a tough time in 1991, but with a new car, the FA92 (nicknamed the F-15 on account of its resemblance to the American fighter jet), expectations were high. Unfortunately, the new car was a disaster and before the season began Capelli was showing his disappointment. A driver who enjoyed the convivial atmosphere of a family-type team, he struggled to integrate with the bureaucratic structure of early 90s Ferrari. Losing motivation, the team in turn lost confidence in him and his teammate Jean Alesi gained the upper hand. While Capelli occasionally performed adequately, the season was a disaster punctuated with some embarrassing crashes. Capelli was sacked before the season's end.

This experience seemingly broke his spirit, but those who had worked with him at March still had faith, notably Ian Phillips, now Jordan team manager. Taking a Jordan seat for 1993, Capelli failed to rediscover the spark that not long ago had marked him as a champion of the future. After failing to qualify for the second race in Brazil, he left the team by mutual consent. Capelli was distraught and Jordan was disappointed too - they knew Capelli had the ability, but he just couldn't muster it up any longer. His F1 career was over.

Following F1, he raced with mixed results in touring cars for Nissan and in the Maserati one-make series. He also became an F1 commentator on Italian TV station Rai Uno and remains a popular personality in the F1 paddock. Having come to terms with the disappointment of Ferrari, he has regained the happy disposition which had originally made him popular.