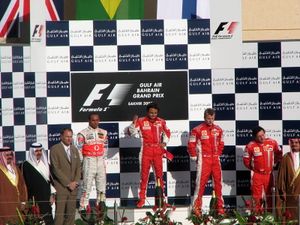 Luca Baldisseri (born December 11, 1962) is an Italian engineer, currently the chief track engineer for the Ferrari Formula One team. He was born in Bologna.

Following Ross Brawn's decision to take a year's sabbatical leave at the end of 2006, Baldisseri was chosen to temporarily replace Ross Brawn in the hope that he would return to Ferrari from his sabbatical in 2007. This however was not the case, and when it was announced that Ross Brawn would be joining the Honda F1 team as team principal, Baldisseri's position as chief track engineer became permanent.